According to wikipedia, Tiramisù, which literally means “pick me up”, is an Italian dessert. So, while I’m here in Italy, I guess it’s the perfect time to learn how to make it ^^. Fortunately, one of my friend, you can call him an expert in the making of tiramisù ;), taught me how to do it. And after I’ve done some ‘research’, this way of making tiramisù is what we call ‘the original Italian recipe’. So, let’s start! 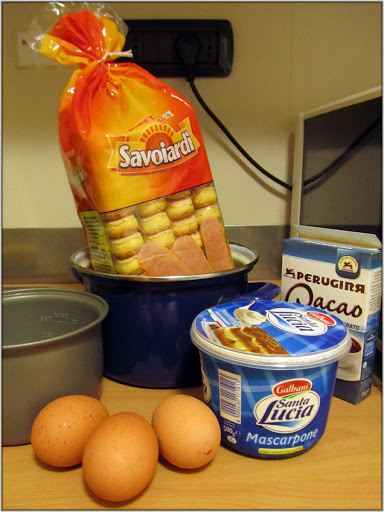 Now, the ingredients. Yup, what you see in above picture are almost all of the things that you need. Savoiardi, also known as ladyfingers. Mascarpone cheese, my friend said that if you want to use 500 gr of it, prepare 3 eggs, and 2 eggs for 250 gr of Mascarpone. And Cocoa powder. 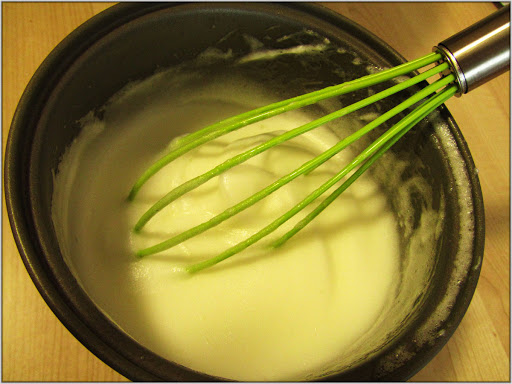 First, separate the egg yolks from the egg whites. Whisk the egg whites until it’s all foamy and fluffy. If you have the mixer, use it! It’s very not recommended to whisk it manually. Well, I did it, and it took me almost one hour to finish ^^;. After you think you’ve finished, put the container upside down. If that white foam is flowing down, almost spilled, then… whisk it harder! ;p 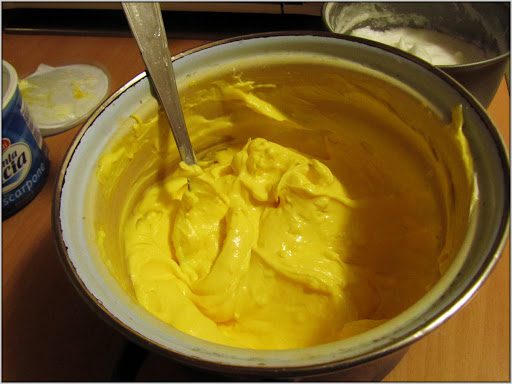 Mix the egg yolks with mascarpone cheese. Add sugar, around 4~5 tablespoons of sugar, it depends on your taste. Mix them well. Then add the previous foamy egg whites.

After that, prepare a glass of espresso. The recipe I found from a website said something like this…
“Oh, you’ve already made a regular coffee? Don’t worry, it’s OK, just… drink it, and make an espresso!”
LOL. They say that it’s not an Italian tiramisù if we don’t use espresso.

I’ve watched a youtube video about how to prepare an espresso, but it requires a special tool, e.g., moka pot, and of course… a good coffee beans/powder. So, instead of giving up and making a glass of ‘regular’ coffee, I went downstairs to the vending machine, and chose espresso. Problem solved ^^v. 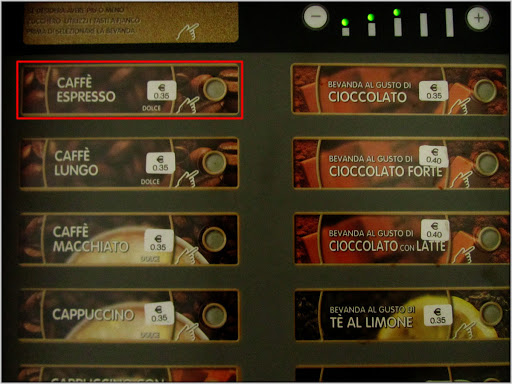 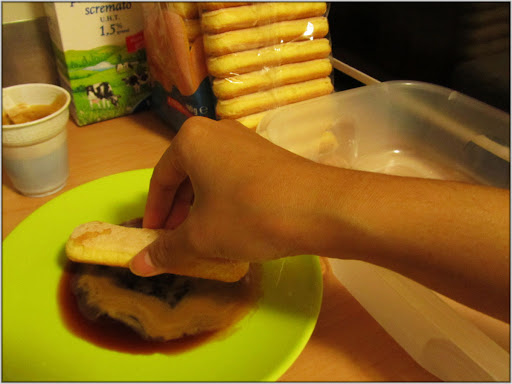 We’re almost done. Dip the savoiardi into the espresso, but only for a while. I read that the side with sugar should face down, but I don’t think it really matters. Don’t soak it for too long or it will become too soft. Then arrange them in the container. 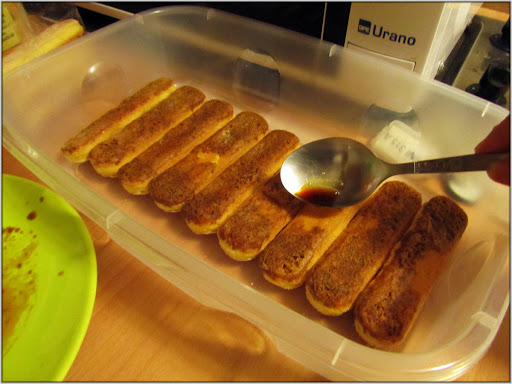 If there are still some savoiardi that haven’t been soaked well, drip the espresso on them. Then, pour the cream until they’re covered. Use half of it if you want to make two layers. Repeat the steps for the next layer. 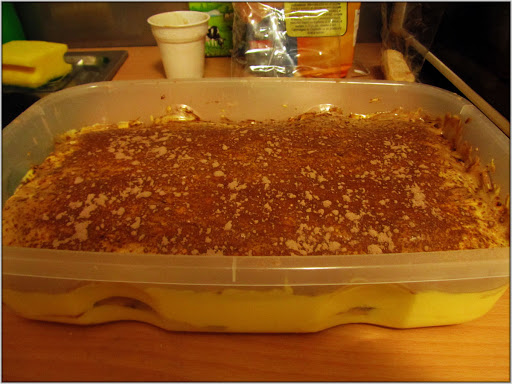 There you go, my first tiramisù 😉 Want some? Well, actually there was nothing left in just one night. Since this is my first time, there are things that can be improved for the next time: